The Origins of Reflexology

The use of pressure therapy on the feet is thought to have its origins in Egypt, as evidenced by inscriptions found in the physician’s tomb at Saqqara in Egypt. The translation of the hieroglyphics are as follows: “Don’t hurt me.” The practitioner’s reply:- “I shall act so you praise me. ” The exact relationship between the ancient art as practiced by the early Egyptians and reflexology as we know it today cannot be determined. Different forms of working the feet to effect health have been used throughout the ancient world.

Zone Theory was the precursor to modern reflexology which began with Dr. William H. Fitzgerald, an ear, nose and throat specialist working at the Boston City Hospital, as well as at St Francis Hospital in Connecticut. Dr. Fitzgerald performed simple experiments with his patients to test the effects of the application of pressure on parts of the body. He identified 10 longitudinal zones in the body and noticed that the application of pressure within the zones not only relieved pain but in the majority of cases also relieved the underlying cause as well. The same result is experienced through reflexology today, which is based partially on Zone Theory.

Dr. Shelby Riley, M.D. worked closely with Dr. Fitzgerald and developed the Zone Theory further. It seems that he added horizontal zones across the hands and feet, together with the longitudinal zones, thus determining individual reflexes according to the Zone Theory. He, like Fitzgerald, espoused continual pressure on the reflex or point of contact. 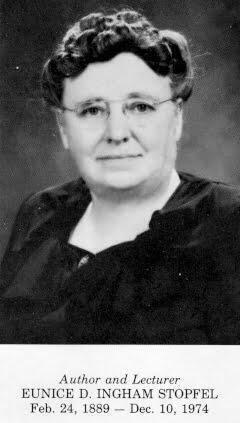 Eunice D. Ingham, a Physical Therapist, worked closely with Dr. Riley and was fascinated by the concept of Zone Therapy. She started developing her foot reflex theory in the early 1930’s. She had the opportunity to treat hundreds of patients checking and re-checking reflex points on their feet. She was able to determine that the reflexes on the feet were an exact mirror image of the organs of the body and that the application of alternating pressure, has a stimulating effect on the body.

In her first book entitled “Stories the Feet Can Tell”, Eunice documented her cases and carefully mapped out the reflexes on the feet as we know them today. This book was published in 1938 and was later translated into seven foreign languages. Thanks to Eunice Ingham the term reflexology and its benefits as a therapy began to spread around the world.

Eunice’s nephew Dwight Byers started to assist her at her workshops and he continued the teaching of reflexology and later formed The International Institute of Reflexology®, where the theories and techniques of reflexology were further refined.

Eunice Ingham died in 1974 at the age of 85 still thoroughly convinced that reflexology could aid in easing the suffering of mankind.

When searching for a reflexology school it was exciting to discover that Alison Kavanagh from Holistic College Dublin had also studied reflexology with Dwight Byers. Alison is a very thorough and knowledgeable teacher, in fact she is an inspiration to me.

After I qualified (with distinction) I had the fortune to study alongside Alison and the pioneering Hanne Marquardt. Hanne had studied with Eunice Ingham and she too became intrigued with reflexology. She spent a life-time refining her own practice and investigations with patients in the development of what she called Reflexotherapy.

I provide a bespoke reflexology wellness service for clients in Carlow, Dublin and some parts of the south-east of Ireland. You can find out more about reflexology and treatment plans in our Frequently Asked Questions.